E-House residents visited Atlanta Tech Village (ATV), the largest tech hub in the Southeast. The Buckhead facility features office space, events, and a community members can engage in. The event, Startup + Student Connection, was hosted by ATV, and consisted of a networking event for students interested in working at, or learning more about, startups. Some of ATV’s member startups were also in attendance informally interviewing students and collecting resumes.

Bustling footsteps tapped on the hardwood floors, and the lobby was filled with excited and vivacious chatter. Our E-House group made it to Atlanta Tech Village, located in a swanky Buckhead building. The companies housed in the village held a social and job fair for high schoolers, college students, and anyone else who felt they would be a good fit in the companies represented there. I immediately dashed to Farrago Comics, an app that allows people to read free comic books and allow new artists to post their work. I was interested in what they were doing because comic books are expensive (if you get into serious collecting) and some companies are struggling with increasing their readership; Farrago is helping to fill that void. I talked with the representative and he briefly expressed what Farrago was all about, and what members they were looking for. Sales, marketing and developers were the main areas most of the companies were looking for. Even if you did not have extensive expertise in those fields, they did not turn any resume away because they believed you might have a skill that the company might need eventually. After already making a beeline towards Farrago, I was excited to see a company created by Georgia State students called Clubr that is a party-focused platform. They were mainly looking for marketers, but I expressed to them that I was a film and video major and they said that they were always in need of people to record their events. It was really encouraging to see some of our own alumni representing and creating a product they are passionate about. I hope they continue to achieve even more success in the future. I also was able to link up with a woman who was waiting in line to get a company brief, and she shared that she was an app developer. I quickly got her contact information because I would like to reach out in the future to ask her general questions about coding. I also began conversing with a graduate from SCAD who is a fashion designer. I asked her if she knew any industrial designers because I know that SCAD has a department. I will be in the need of one later on in my own product development and any information or contacts would be tremendously helpful. She referred me to one of her friends, and we have already connected on LinkedIn. The event as a whole was very inspiring even though I was a little disappointed that the film production company Pullspark was not there. Nonetheless, this event allowed me to get an idea of the startup scene, its events, and companies that are being created in Atlanta. 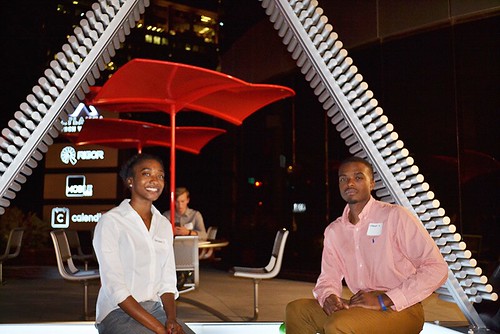 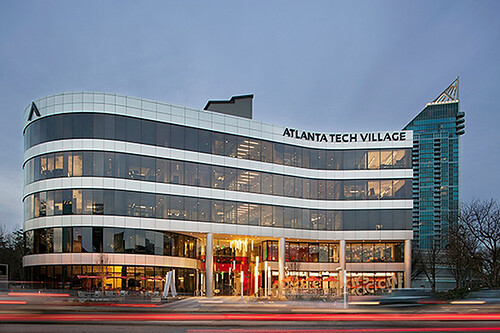