Could you imagine setting out to be homeless for a month with nothing but a cellphone and the clothes on your back? Terence Lester, co-founder of Love Beyond Walls, did just that. Selected as the 2018 spring semester H.J. Russell Influential Speaker, Lester shared his journey of “pain to purpose.” In his talk, he highlighted three catalysts for his social change efforts: a homeless man named Kurt, a student of a Title I elementary school, and another homeless man named Mark.

Lester discovered Kurt living behind a building littered with trash and feces. He then made the effort to begin developing a relationship with Kurt, discovering he had experienced traumatic lost when his wife and child were killed in an auto accident. When asked why he slept behind a building instead of in a shelter, he revealed the overcrowded and unsafe nature of homeless shelters. He oftentimes never slept in the shelters, it was more important that he kept an eye on his small bag of belongings.

As Lester revealed, Kurt ultimately inspired his nonprofit organization “Love Beyond Walls.” Lester converted campers into mobile stay units to serve as a safe place for the homeless community. In addition to these units, Lester created hygiene stations that provide free haircuts and other services to the homeless to help regain their dignity through self-care.

His mission continued to be propelled by a girl from a local Title I elementary school. After being bullied by her classmates for wearing the same clothes every day, Lester dug deeper to discover that her family could only afford a single outfit for the child. Inspired by her story, Lester established closets within those schools to provide students with free clothing.

The third story he highlighted was that of Mark, a homeless man. Mark lost his identification, making it nearly impossible to get a job, credit card, house, or any other necessity. Mark shared, “I don’t even feel like a citizen if I can’t prove who am I.” Lester assigned a legal team to Mark, taking over eight months to secure his birth certificate. After prepping Mark with a makeover, suit and resume, Lester walked through the streets of Downtown Atlanta wearing a sandwich board that read “Hire Mark.” Within six days, he went from homeless to employed.

Through these experiences, Lester illustrated the power of entrepreneurship and storytelling to facilitate social change. He stressed the importance of “stop talking, begin engaging” as a way to start developing relationships. Whether it be with community members, customers, or potential investors. Forming partnerships with people that believed in his mission and that offered different skillsets (from legal, to marketing, and accounting) allowed Love Beyond Walls to flourish and reach for new opportunities.

Lester asked the audience, “What if your pain informed you about your purpose as an entrepreneur?” Despite dropping out in high school, he earned four degrees in six years. From $900, he grew a sustainable nonprofit that now generates over $300,000 in revenue. He encouraged the students to transform their hardships into success stories, not only as entrepreneurs, but as “better advocates” and “servant leaders” shaped by resilience and empathy.

Visit ENI's calendar for upcoming events sure to inspire and motivate. 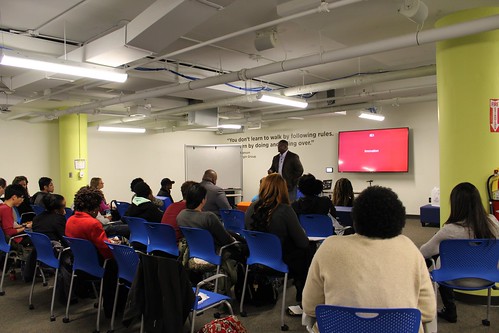 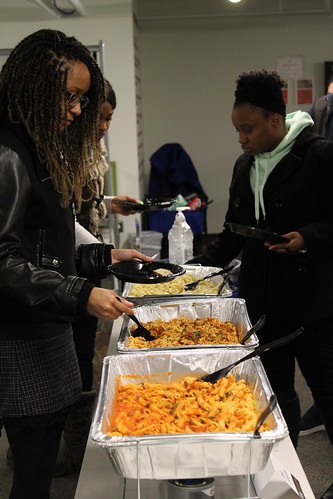 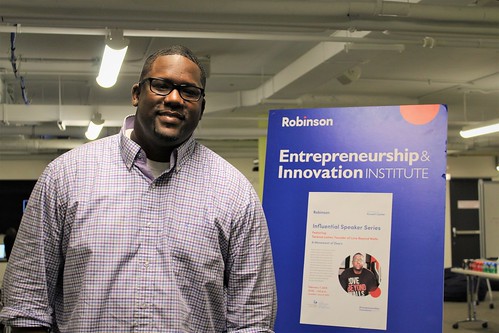 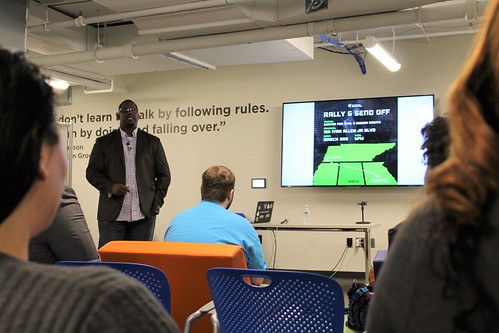 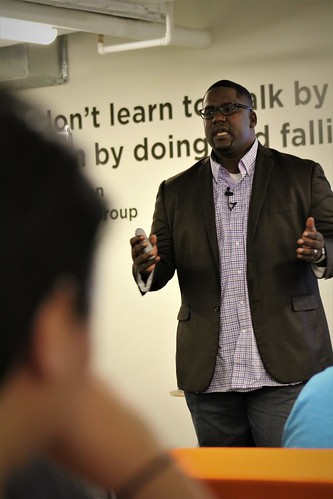 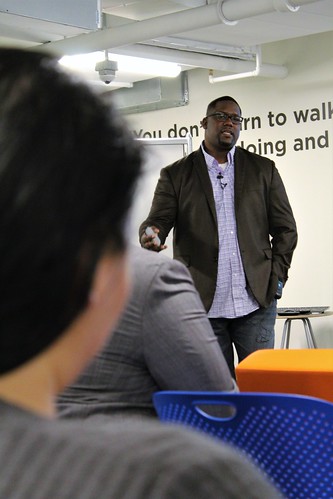 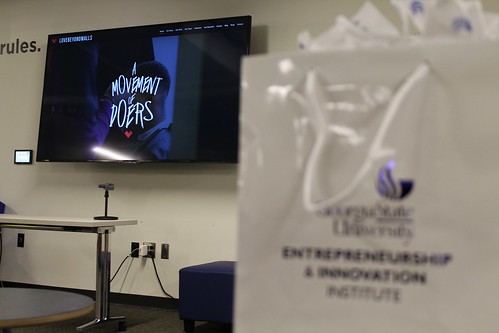 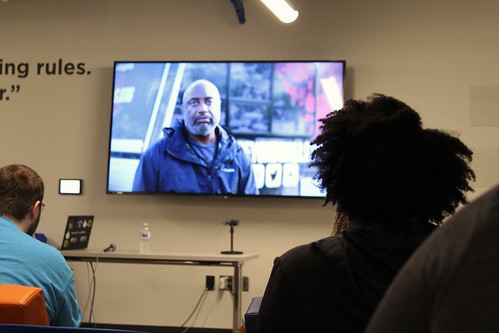 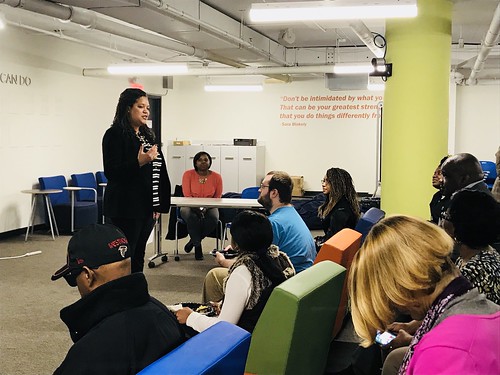 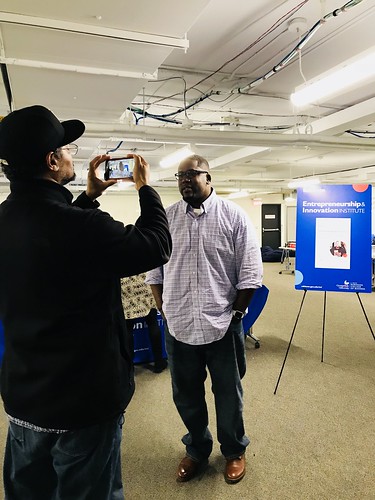