Swimming with Daymond John: “The People’s Shark”
Use Scan QR Code to copy link and share it

Before the keynote, ENI had the opportunity to exchange a few words with John. Highlighting his latest best-selling novel Rise and Grind, ENI asked John about his experiences with recently opening Blueprint + Co., his new co-working space in midtown Manhattan.

He acknowledged the challenges when developing such a space and drawing a crowd, saying that “The biggest investment is to invest in people.” Here he emphasized the importance of engaging entrepreneurs with various workshops and organizing effective marketing campaigns to promote those events. As Georgia State continues to foster that entrepreneurial spirit through similar programming, incubators, and co-working spaces, John and Blueprint + Co. will serve as accomplished models to emulate.

Diving into the frank conversation moderated by ENI’s Professor of Practice, Isabelle Monlouis, John spoke on his background of being raised by a single mother. His “rise and grind” attitude immediately emerged through his stories as he shared how he first flipped and customized cars. When he was working at Red Lobster by day, he was hand-sewing hats with a $40 budget by night, revealing his “hustler” nature.

Inspired by the streets of Queens, New York, John captured his passion for hip-hop fashion through the creation of FUBU, a global lifestyle brand that has over $6 billion in sales. From his humble beginnings, it took him nine years to build his company, closing it three times in the process. Some of his first products included modified Champion sweatshirts. Jokingly sharing how he received praise for his designs as a “chick magnet” while on a trip to Atlanta, where he then knew he had to continue building his company after sudden popularity.

Being “The People’s Shark,” on ABC’s Emmy award-winning show Shark Tank could not go unmentioned. John revealed that the show was supposed to be cancelled after the first three years, yet it was just renewed for its tenth season! When asked about his counterparts, he referred to Barbara Corcoran as a “marketing genius.” In response to Lori Greiner, John said, “If it’s plastic and under $20, she’ll sell it … She’s amazing and I hate her.” He added, “She laughs all the way to the bank,” as crowd erupted in laughter.

Through his experiences as an investor and mentor on Shark Tank, he focuses on three questions when analyzing pitches and business ideas: “1. Is it scalable? 2. Are the financial and investment records there? 3. Is the founder credible?” He finds that almost 60 percent of companies featured on Shark Tank have a social component to their business plan. One of his most memorable companies, he’s worked with was, Bombas, a company now worth $50 million that sells athletic socks and donates a pair for each pair sold.

On and off the screen, John mentors a variety of entrepreneurs and businesses. “Mentors want to see you pay it forward,” adding that, “It’s not a mentor’s job to take care of you.” For motivational purposes, he stressed the importance of goal setting to build that self-discipline to succeed. Like in his book and podcast Rise and Grind, he discussed goal setting in both the short and long term. He shared how he reads his goals every morning when he wakes up and every night before bed to reinforce his actions.

Not only did he stress the importance of mentorship and goal setting, he focused on health as another priority to consider. After being diagnosed with thyroid cancer, he realized the implications of health on running a business successfully. He encouraged students to practice healthy routines to support that “rise and grind” lifestyle. Additionally, John shared his challenges with dyslexia, noting that 40 percent of entrepreneurs are dyslexic. Through these challenges, he emphasized “the grind” to overcome those obstacles.

In closing, John asked students, “Can you sum yourself up in three to five words?” He then explained, “That’s your brand. You need to know your brand or someone will define it for you.” From personal challenges, backgrounds, strengths, and weaknesses, he encouraged the audience members to reflect on these elements to help define their brands and inspire those passion-driven ventures. As John said, “You cannot stop good people from succeeding.”

What are your five words? 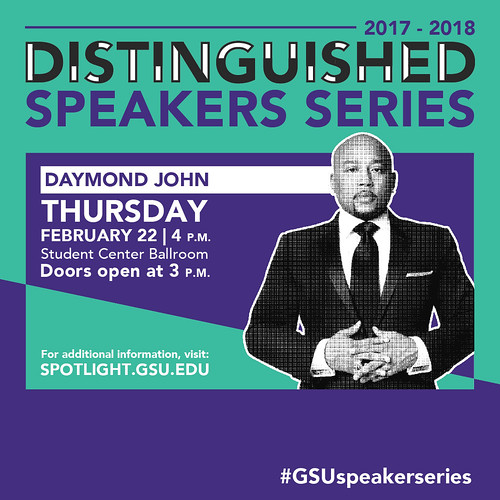 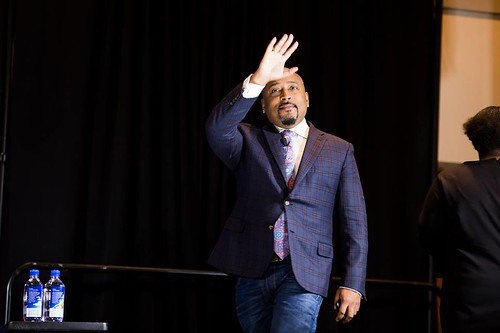 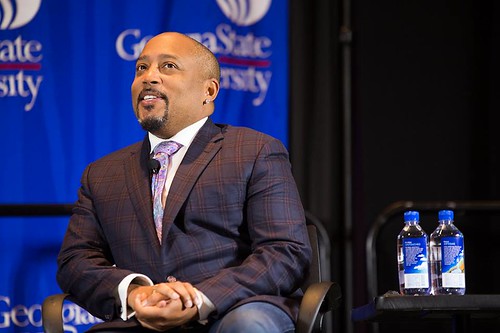 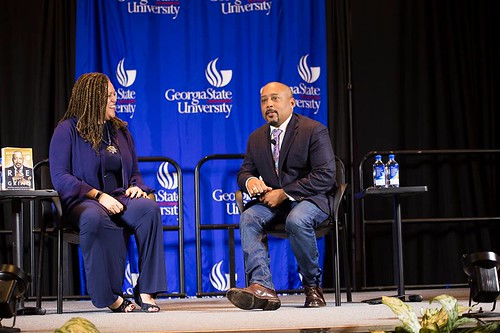 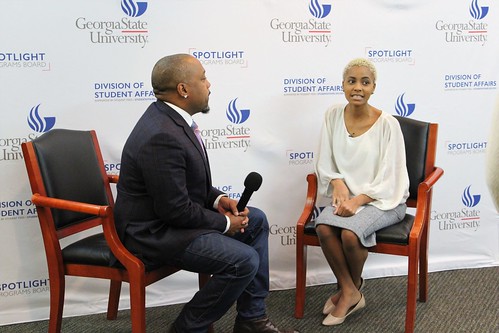 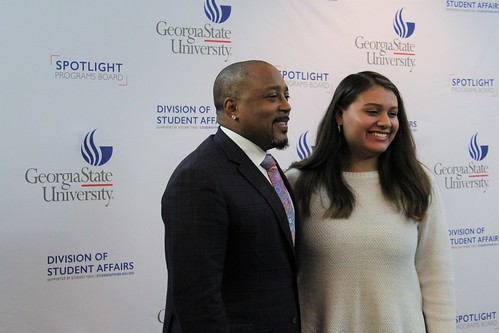 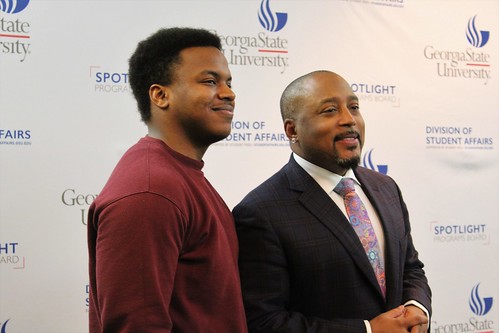 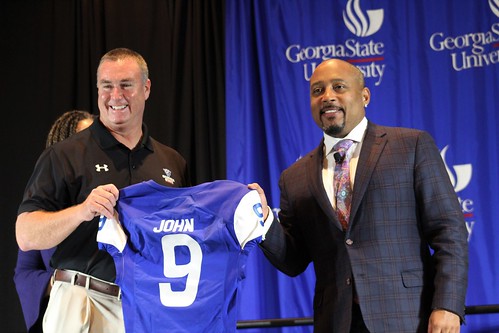 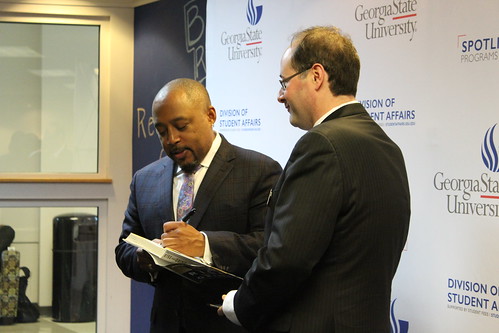 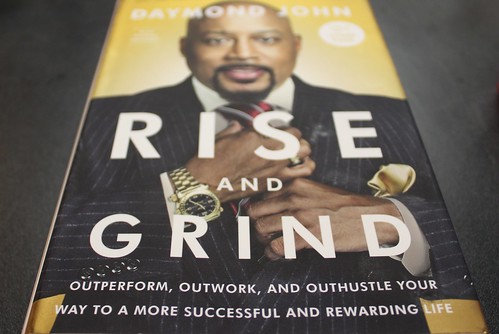