VR isn’t just all fun and games – It’s a technology the potential to disrupt how businesses train, market, and sell. To gain better insight about the industry and how to monetize it, the Creative Media Industries Institute (CMII) and the Entrepreneurship and Innovation Institute (ENI) collaborated for the “Make Money in VR” event held Friday, November 2 with Foundry 45. This virtual reality company creates immersive experiences for room scale like HTC Vive and Oculus Rift and mobile VR platforms including Samsung Gear VR, Google Daydream and Cardboard for iOS and Android.

Dave Beck, Founder and Managing Partner of Foundry 45, led the discussion on how to leverage virtual reality technologies as a viable business model. The “business to consumer” side of VR primarily creates games, movies, and simulations. Foundry 45 operates on the “business to business” side, focusing on branding activations, training, sales, and marketing. Clients of Foundry 45 include Delta, Adidas, FedEx, John Deer, Coca Cola and several other major corporations.

Despite common belief, Beck shared that major VR game companies continue to struggle with profitability within the gaming industry. In 2017, the top earning PC VR game, Fallout 4 VR, earned only $4.7 million in revenue. “VR is not an easy industry to be in,” said Beck. In terms of monetizing VR, the “business to business” approach appears more viable when monetizing VR due to today’s limited availability of these technologies to the everyday consumer.

Foundry 45 primarily shares their technologies at conferences and tradeshows, explaining how “experiencing the message through VR versus watching a video” impacts the viewer especially within the training, marketing, and selling space. Beck shared two past projects with Delta and IMB Weather Channel, saying that “For me, VR is a better way to learn” as of result of their interactive nature.

Beck also identified important skills to be equipped with for a career in VR including Unity, graphics packages, storyboarding, copywriting, sales, marketing and social media. Knowledge of specific programs like Maya, ZBrush, Substance Painter, Adobe Creative Cloud and iClone 7 is another plus when pursuing a career in VR.

At the conclusion of the presentation, students had the opportunity to participate in a real-world VR demo experience. If you missed out on the fun, be on the lookout for future CMII-ENI collaborations by following @ENIGSU on Facebook, Twitter, Instagram and LinkedIn! 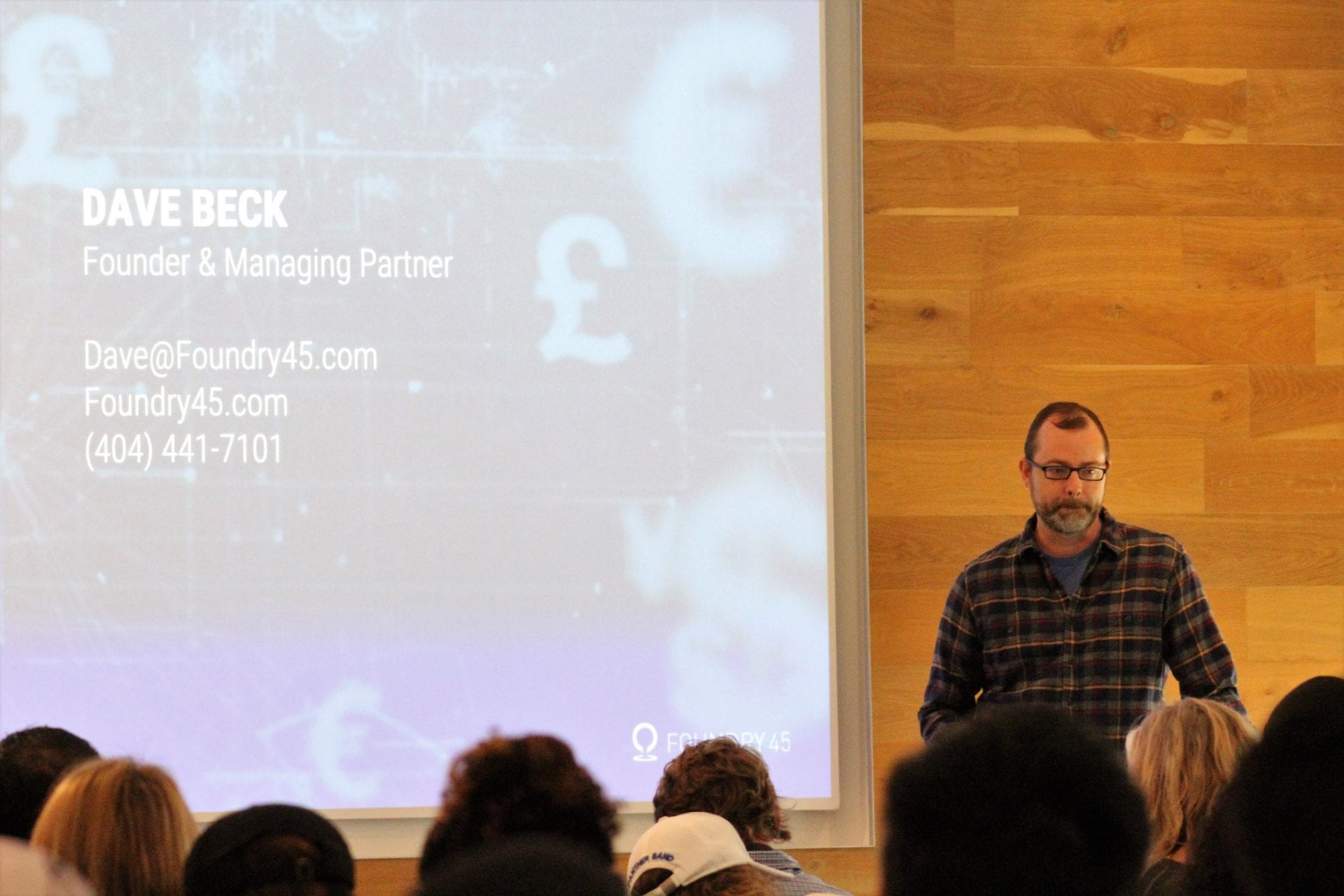 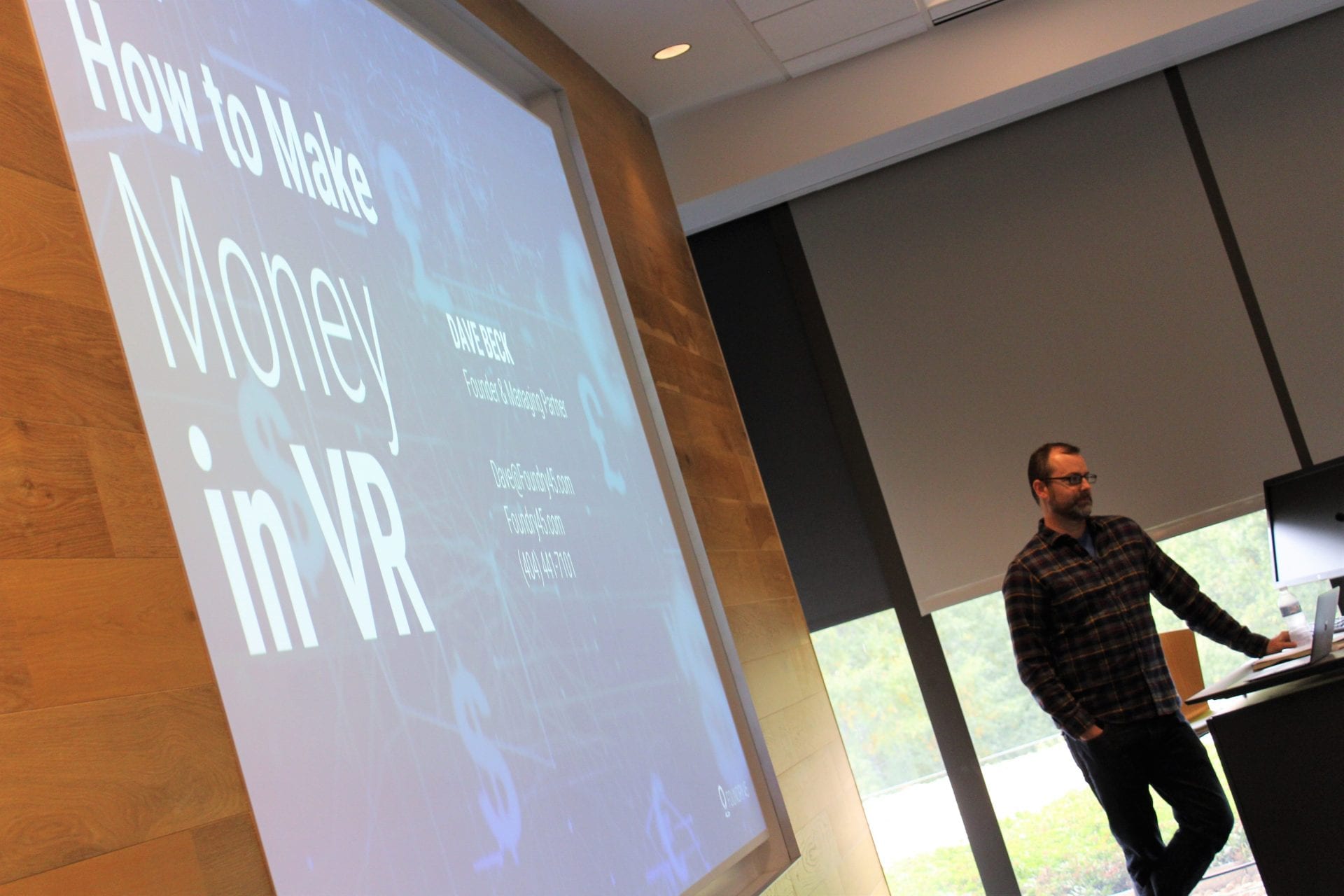 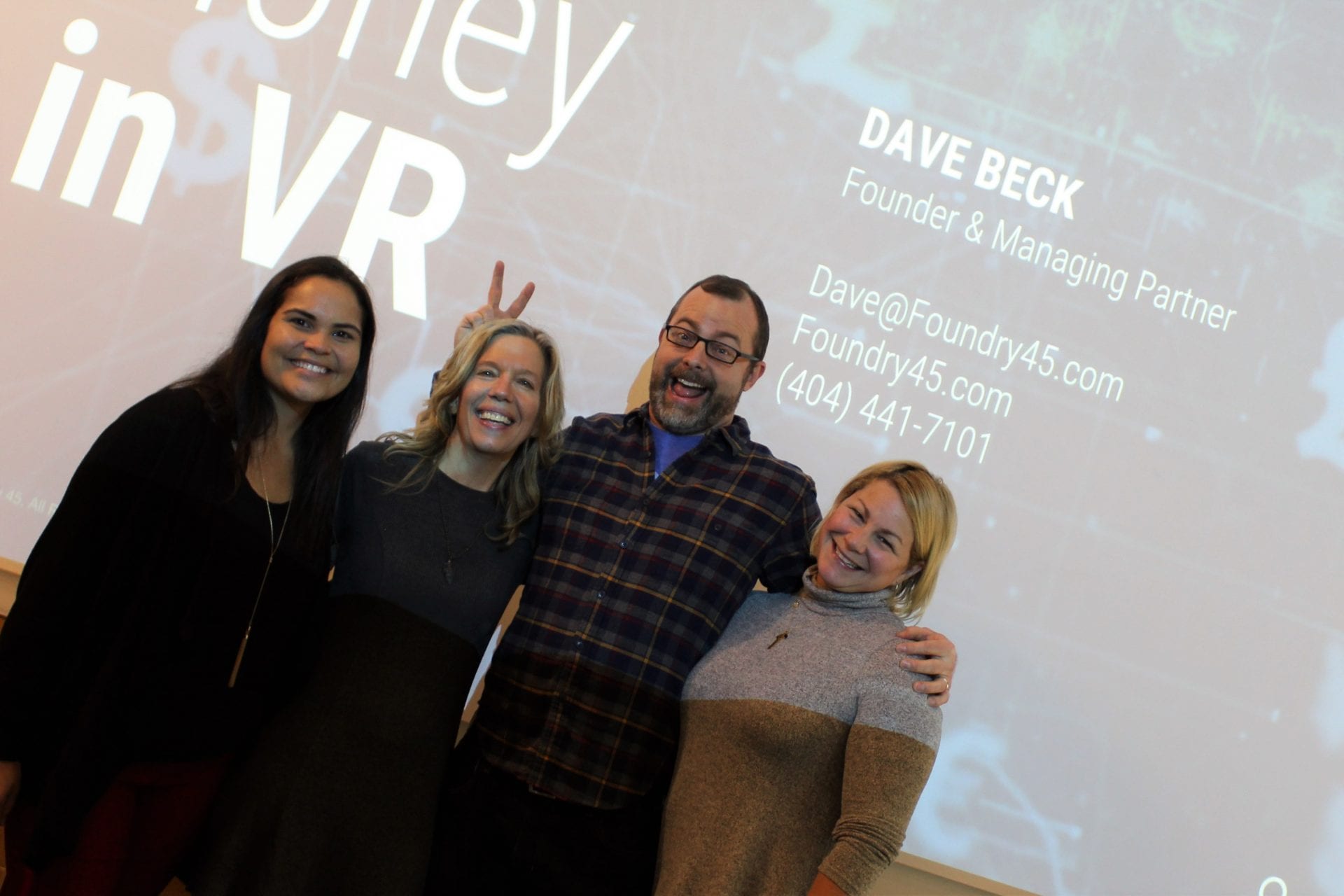 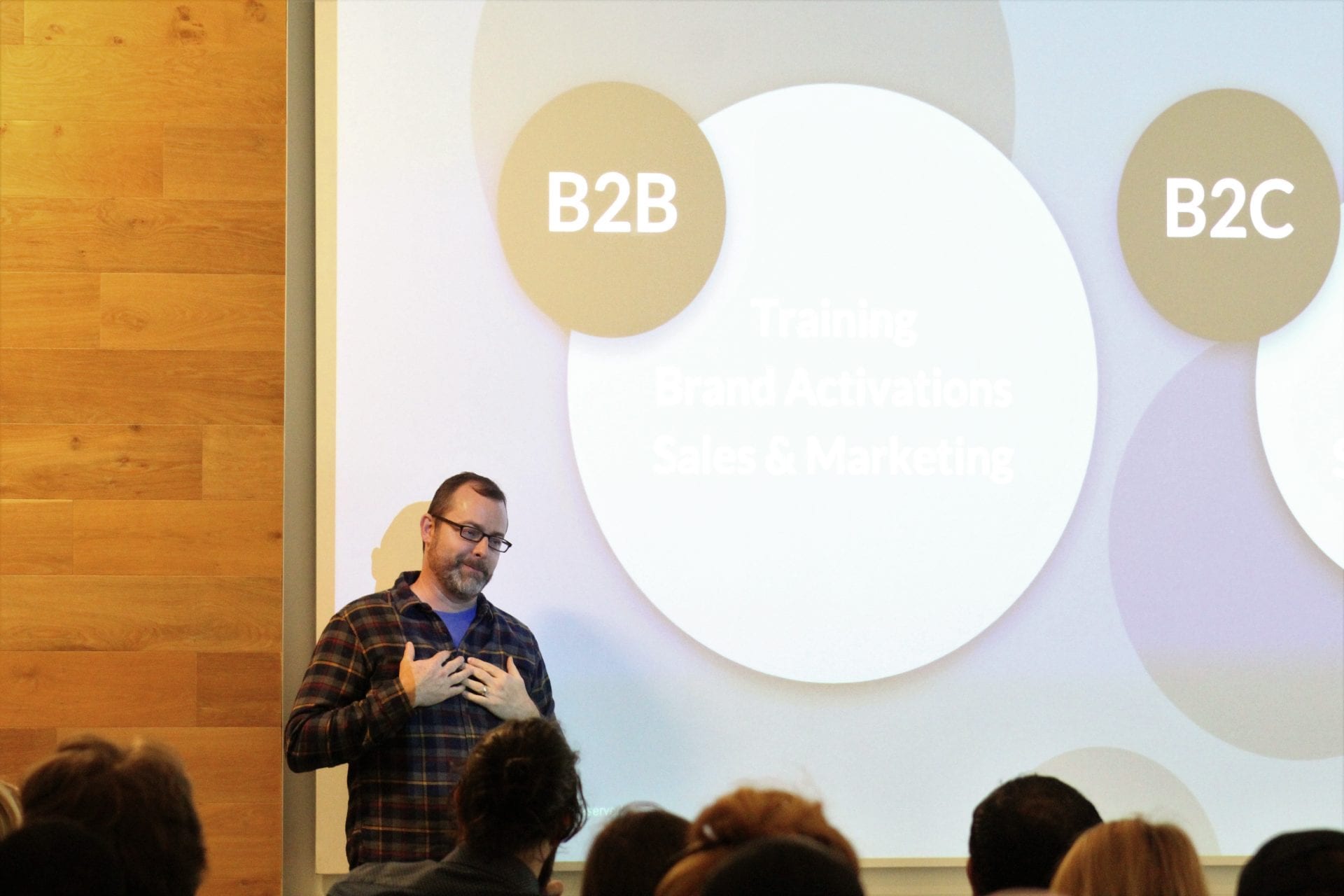 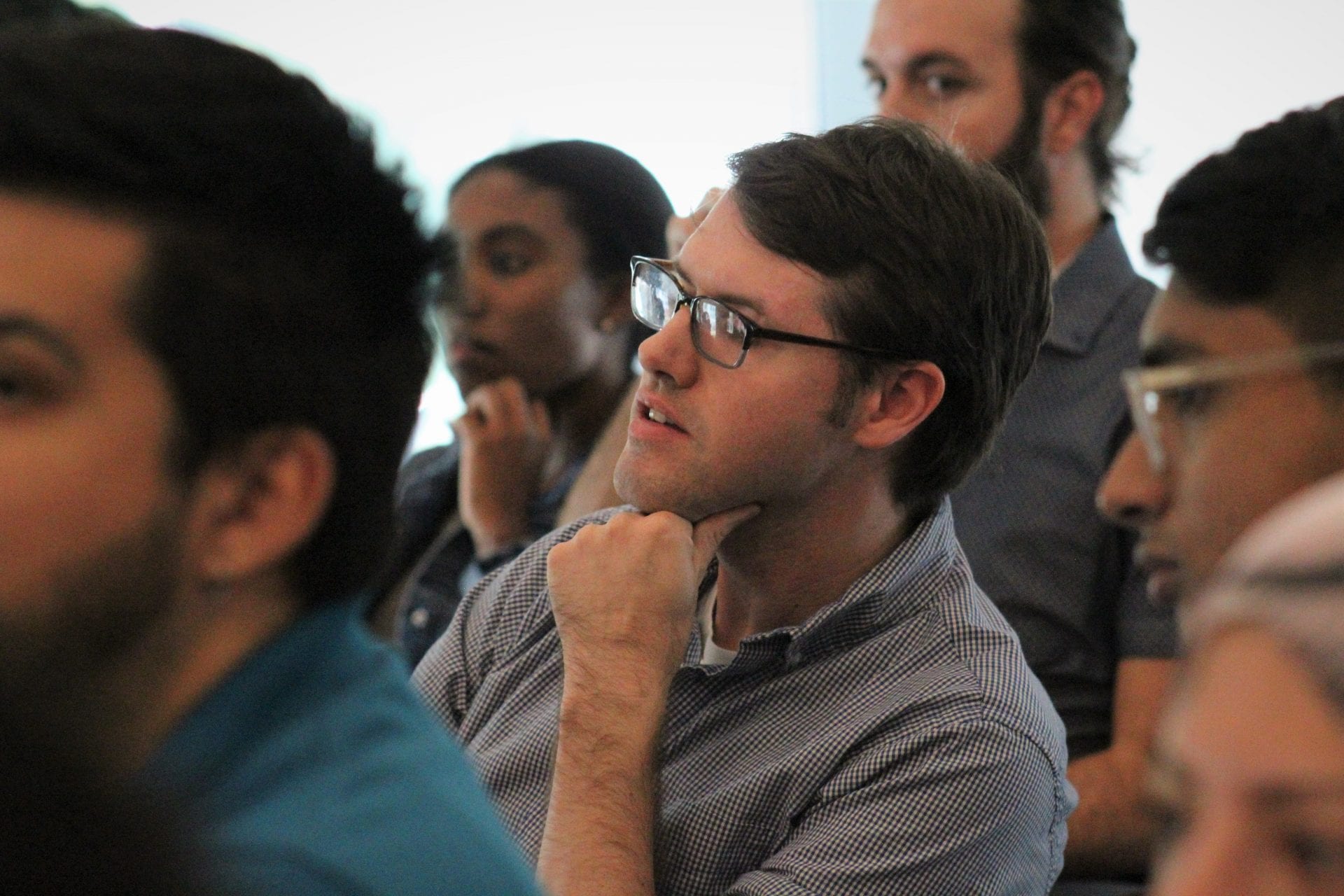