Building a Company, One Production at a Time
Use Scan QR Code to copy link and share it

“Hardships may come, it is important to remember your passions and stick to them wholeheartedly.” – Darius Thomas

Darius Thomas first found his inspiration for musical theatre while watching the 2016 Grammy’s, where the cast of the Broadway musical Hamilton performed. At that moment, he decided to make a change in the theatre world, and create performance pieces that are tailored for, and created by African Americans.

When Thomas founded DT Productions, the goal was to establish a creative space in theatre for African Americans to thrive. The venture also provides opportunities for upcoming producers, choreographers, and others interested in theatre, who may not have a chance to explore their interests otherwise. Thomas views DT Productions as an important opportunity to innovate, shine a positive light, and inspire, especially to those in the African American community. 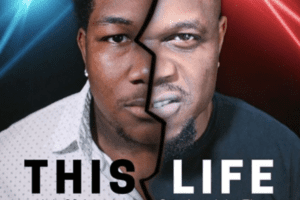 Thomas has created his business from the ground up by working independently. Most of the script, choreography, and music of his show This Life: The Musical, was of his creation with the help of close friends. He chose not to follow the mainstream trend of paying others to create choreography or music for his performances. Instead, Thomas takes the time to create original pieces from his imagination.

When Thomas was first getting his theatre company idea off the ground, he participated in a pitch competition, in which the results were less than ideal. He took this outcome as a learning lesson and a positive experience, realizing that with failure will come success. Thomas was able to go back and work on his pitch and create a product that he was proud of and met his creative standards.

To further build on this momentum and gain a better understanding of what starting a business entails, Thomas enrolled in ENI 3101 (Entrepreneurial Thinking for Startups) and ENI 3102 (Product-Service Design for New Ventures) courses taught by Dr. Geoffrey Graybeal. He recounts that the classes encouraged him to look at the intricate inter-workings of a business, and their importance in establishing a strong foundation. Even though these classes did not specifically address musical theatre and the theatre business, they created opportunities to see how the various concepts learned could be applied to any industry. 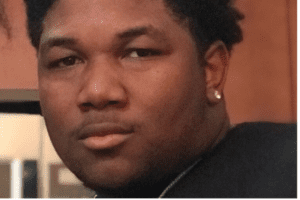 The experience allowed Thomas to begin believing in himself as a successful businessman, even though he was still working out the kinks. Soon after class ended, he received confirmation from the Georgia Secretary of State, that he had been granted an LLC for DT Productions and was putting on what would be a sold-out theatre production.

Currently, DT Productions is continuing to grow independently, making profits off their shows and using that profit to fund future projects. Thomas is passionate about his current endeavors and is excited to work with local artists to create theatre pieces that are culturally relevant for African American community .

As a word of advice, he encourages those seeking to enter the entrepreneurial field to understand that even though hardships may come, it is important to remember your passions and stick to them wholeheartedly. With this opportunities will arise that will allow your passions to flourish into success.

Building a Company, One Production at a Time - https://eni.gsu.edu/2020/06/02/building-a-company-one-production-at-a-time/