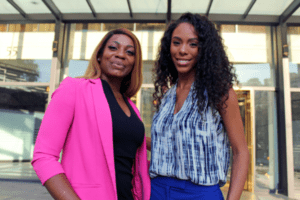 The #1 women’s undergraduate entrepreneurship competition organized by Smith College has selected DeliverHer FemCare as a semi-finalist in the 2021 Draper Competition. CongratulationsTeam DelivHer!

Although the results of their final pitch won’t be announced until April 8, Team DelivHer has already had several accomplishments, in 2020 alone, DelivHer was selected for VentureWell’s Summer 2020 E-Team Grant Program, and selected to the inaugural Georgia State Main Street Seed Fund cohort. Before that, in 2019 the team took top prizes in the Schulze Entrepreneurship Challenge, winning during the live competition finals and championship round of e-Fest in Minneapolis that year.

When hard work, preparation and dedication meets opportunity…you get success in many forms.